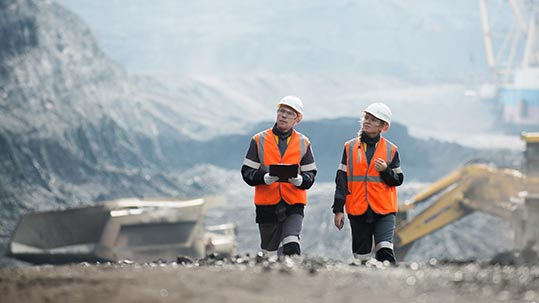 Posted at 21:36h in insights, resources, Uncategorized by Administrator
0 Likes

When it comes to measuring safety performance in the mining industry, there are many long-held beliefs, including the ideas that safety performance ought to be measured through leading and lagging indicators, that metrics support improve- ment through the “what gets measured, gets done” philosophy, and that if metrics are moving the right way, the company is getting safer. But, what if all those long- held beliefs have flaws, or, at least, limitations?

The re-thinking of traditional approaches to safety performance and metrics is reflected in the increasing number of articles challenging the Heinrich Safety Pyramid. Many of us were trained in the concepts behind the safety pyramid and the idea that working on near-misses and minor injuries would reduce the number of incidents, shrink the pyramid, and decrease the number of fatalities. The problem? Current data shows that it’s not entirely working. While the mining industry is reducing the bottom of the pyramid (the minor injuries), the number of fatalities in the US over the last 10 years has greatly fluctuated according to MSHA data with drastic increases some years and sectors (2013/2014 Metal/Non Metal) and improvements in others (2016 Coal). Total fatalities as a whole however are trending up in the latest MSHA reports dating Nov 2017.

We believe no industry can be described with one safety pyramid, because mining operations are a compilation of many different activities with different safety pyramids.

For instance, some activities, like stuffing envelopes, bring with it the risk of very minor injuries (a paper cut), but no number of paper cuts will ever give rise to a fatality. On the other end of the spectrum, some activi- ties, like launching astronauts into space, will either go perfectly or, in the event of a problem, experience a high probability of fatalities. Every industry has activities where the safety pyramid is wide and not very tall, and other activities where the pyramid is tall and skinny. As a result, it’s illogical for an organization, like NASA, to think that by tracking minor injuries (first-aid visits requiring band-aids) they will make space flight safer. 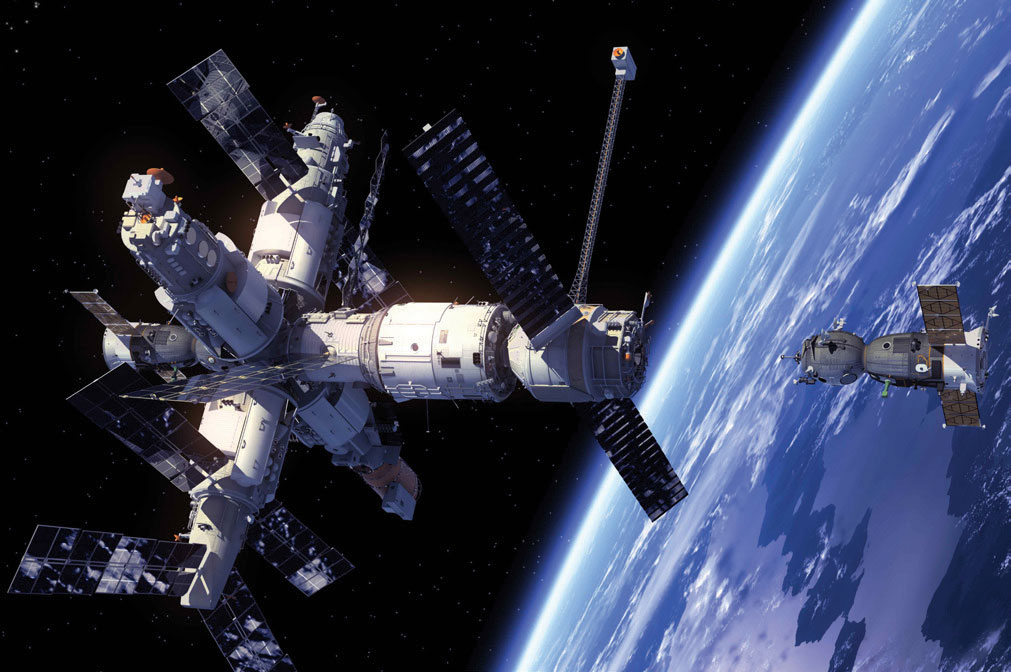 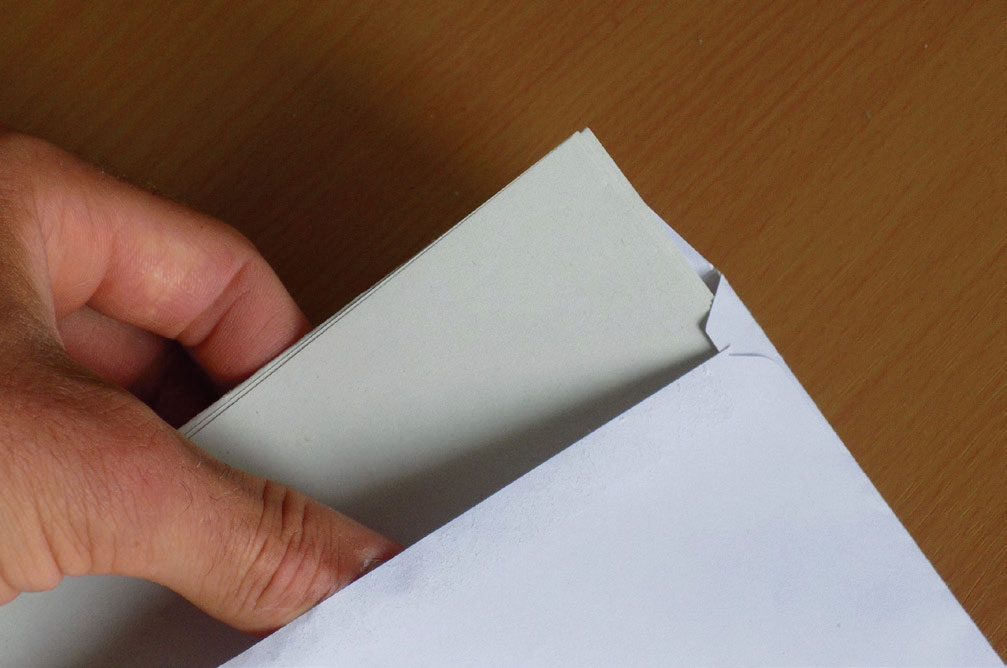 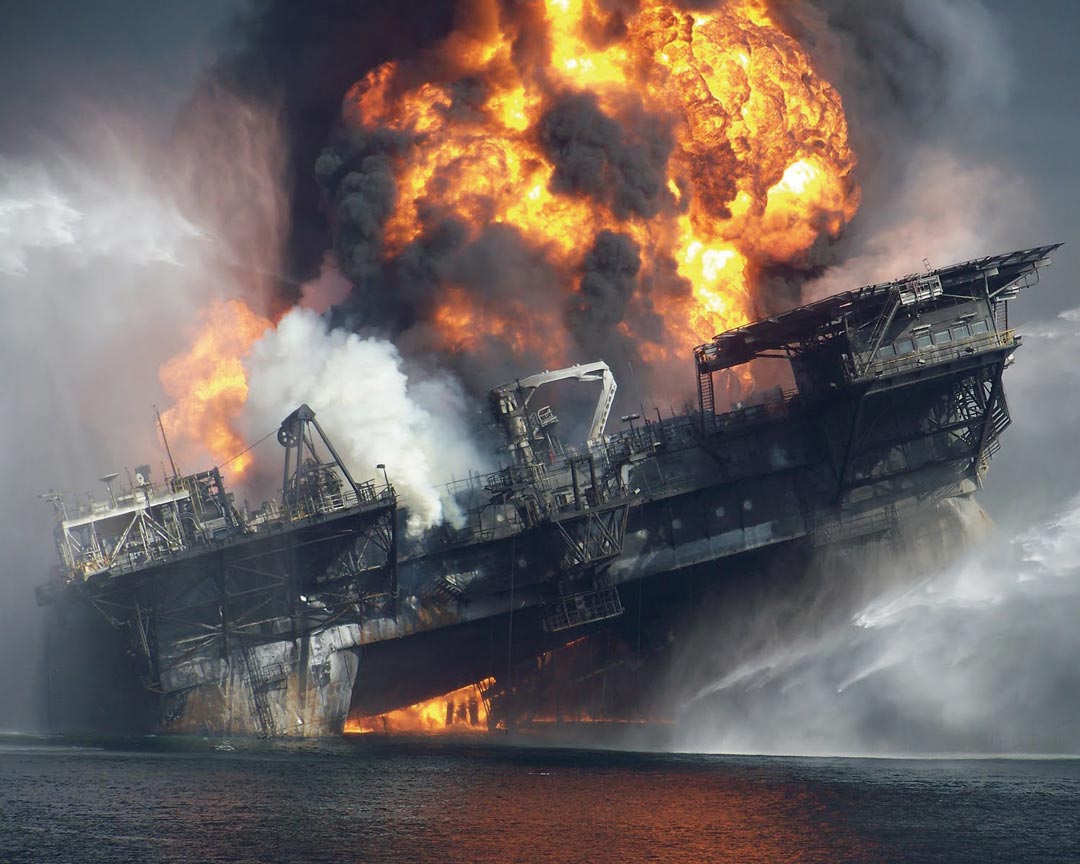 For the foreseeable future, heavy industry is going to look at traditional safety metrics, like medical aids or lost-time incident frequency, even though not all incidents are created equally. Setting aside the metrics for a minute, at a human level, an employee involved in a haul truck roll over incident is different than an employee who engages in manual labor one day and wakes up the next day with a sore shoulder. As people who manage our own weekend-warrior aches we know these events are not the same, even though both show up as an incident ending the “inci-

dent-free days” record. When it comes to the question of which business is safer, most of us would not be bothered about working in a company where the nature of injuries amounted to occasional over-exertion. We would be cautious and more diligent working in operations that posed greater risks.

At the same time, having a “target zero” injury philosophy feels compelling to many. It’s aspirational and suggests we are putting “safety first”. But what does a low incident rate really tell us? Many of us will remember the Deepwa- ter Horizon oil rig disaster in 2010 which killed 11, injured 17, and resulted in one of the largest oil spills in history. What fewer people know is that managers from BP and Transocean (the rig operators) were on the rig the day of the disaster to celebrate 7 years of injury-free safety performance. That’s compelling. 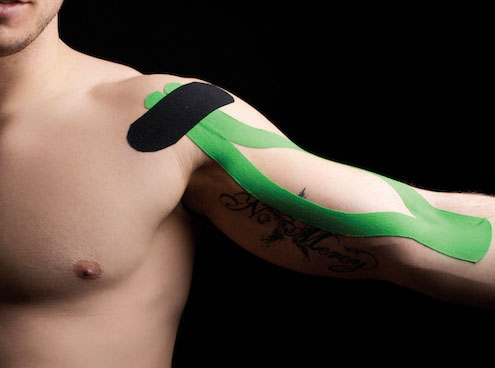 Real safety performance requires a variety of approaches, and low lost-time injury rates alone cannot be counted on to be a good indicator of how safe a company is. We believe it’s fair to suggest that poor safety incident rates do show that a company has a problem, but the converse is not true. In the case of the Deepwater Horizon, low worker injury rates did not mean the operation was safe.

Part of the apparent disconnect between traditional safety stats and holistic safety performance comes from the way in which some companies manage safety statistics, such as ag- gressively using light duty programs to alter the perception of safety performance and metrics. However, we believe the bigger issue is that being safe at the macro level and being safe at the micro level are very different.

A growing number of companies are increasing their focus on Serious Injury & Fatality (SIF) prevention programs. These programs recognize the difference between a recordable injury, like a sore muscle, and a near-miss, resulting in no injury but one which could have killed somebody, if not for a little good luck. This trend is viewed very positively by many as it lines up with our natural view of focusing on what’s really important. However, we suggest that many still feel conflicted – on one hand, it’s acceptable to say SIF incidents require more attention, but it’s a bit taboo to describe any injury as not important.

Some companies embrace this concept of significantly different safety programs. For instance, oil and gas distribution and chemical companies talk about “Process Safety” and “Worker Safety”. Process Safety focuses on the approaches to making sure that oil, gas, and dangerous chemicals stay in the pipelines, tanks, and vessels they are supposed to be in and don’t explode or expose people to toxins. Worker Safety focuses on making sure that employees can and do execute their daily activities without injuring themselves or their co-workers with vehicles, tools, PPE or procedural lapses. A parallel in the mining business would be the interaction between geomechanics, pit wall or mine opening stability with worker safety. 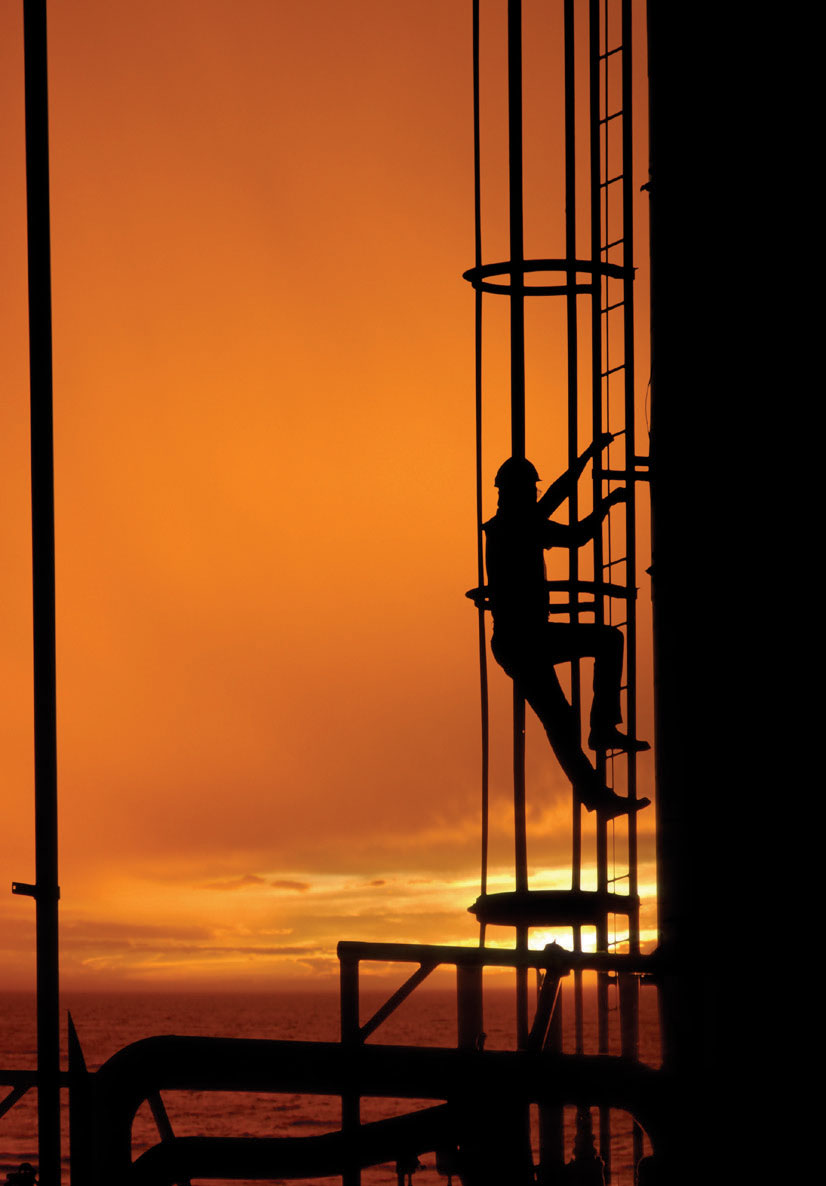 One of the challenges is that safety programs target- ing different parts of the safety equation, whether it’s SIF programs and ergonomics or Process and Worker Safety, are not perfectly discrete, they over- lap. However, we see trends which are worth considering.

This leads to one of the major dilemmas we see in safety today. While companies focus their safety programs on front-line employees and management wants incident rates to fall, many managers don’t really want to do the things it would take to eliminate root causes, and are uncomfortable talking about safety performance and crossing cultural taboos.

Are All Injuries Preventable?

The question, “Are all injuries preventable” has become a common element of safety perception surveys. Like many who work in the world of safety improvement, we would confidently say, “Yes, all injuries are prevent- able”. We have never seen an incident where the investigation did not reveal places where somebody could not have prevented the incident by doing something differently. However, we also believe the question, “Are we willing to do what it takes to prevent all injuries and live with the consequences?” is just as, if not more, important.

For example, in professional kitchens, knife cuts are a risk. It’s possible to eliminate the risk of knife cuts in professional kitchens by banning knives. However, most kitchens have decided that eliminating knives is not practical. Professional kitchens have taken steps to mitigate the risk of working with knives by developing good knife-handling skills and establishing good practices around walking with knives in the kitchen. In effect, the industry has made conscious decisions to not take the risk to zero. As a result, we will go out on a limb and predict that some good, well-trained chefs still nick a finger occasionally.

Ultimately, it’s up to management to decide if they want to take the risk to zero. A well-known oil company famously banned “box cutters” from their operations, with the full understanding that it was going to make some activities more time-consuming as a result.

Conversely, we still see companies where employees are put in a catch-22. In one example, employees are expected to wear gloves to prevent hand injuries, such as minor cuts, but their job requires a level of dexteri- ty that the gloves don’t provide. This puts the employee in the position of having to choose between following the rules and not doing the work, or breaking the rules to get the work done.

We have never seen an incident where the investigation did not reveal places where somebody could not have prevented the incident by doing something differently. However, we also believe the question, ‘Are we willing to do what it takes to prevent all injuries and live with the consequences?’ is just as, if not more, important.

Shockingly, there are a number of managers and companies who still see this as a problem with the employ- ees, when, in fact, it’s a management problem. Part of the problem is in how managers think about safety performance, and their conflict in not being prepared to take the risk to zero to achieve zero incidents on the low severity end of the range.

We typically see committed managers who comfortably insist on Lock Out / Tag Out or confined space pro- cedures, because of the proven impact on reducing SIF incidents. However, many managers will balk at ban- ning shovels from the workplace, even though they leave employees exposed to a small level of risk. One of the biggest challenges around safety performance is making it possible for nuance and balance to enter the conversation around safety at the low end of the severity range. After all, if there are lots of injuries arising from employees digging holes with shovels, it may be appropriate to replace the shovel with a piece of equipment.

If that rate is very low, using equipment may represent a bigger risk than the shovel. To find an example of a safety performance measure that completely lacks nuance, many companies only have to look at the front gate. 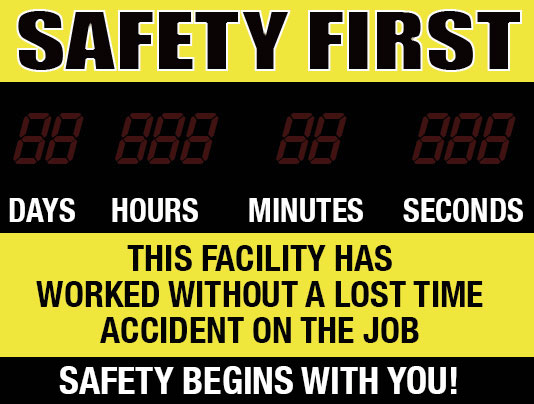 Virtually everyone in industry has seen the sign at the front gate which shows the number of days the site has gone without a lost time injury. It’s supposed to remind employees to keep their mind on safety when they enter the site, and demonstrate management’s focus on safety. But what does it really do? In many sites, particularly when the num- ber of incident free days is high, it puts tremendous pressure on employees, supervisors, and managers to not allow an incident to become recordable. It increases pressure to not report and/or find creative ways to avoid triggering the

definition of a recordable event. Unfortunately, that does not align with what people should be thinking about if they put safety and people first. Also, that statistic does not tell anyone if the operation has some other, undermanaged risk factors that are on the verge of resulting in a disaster, like the 7-year incident-free record on the Deepwater Horizon. 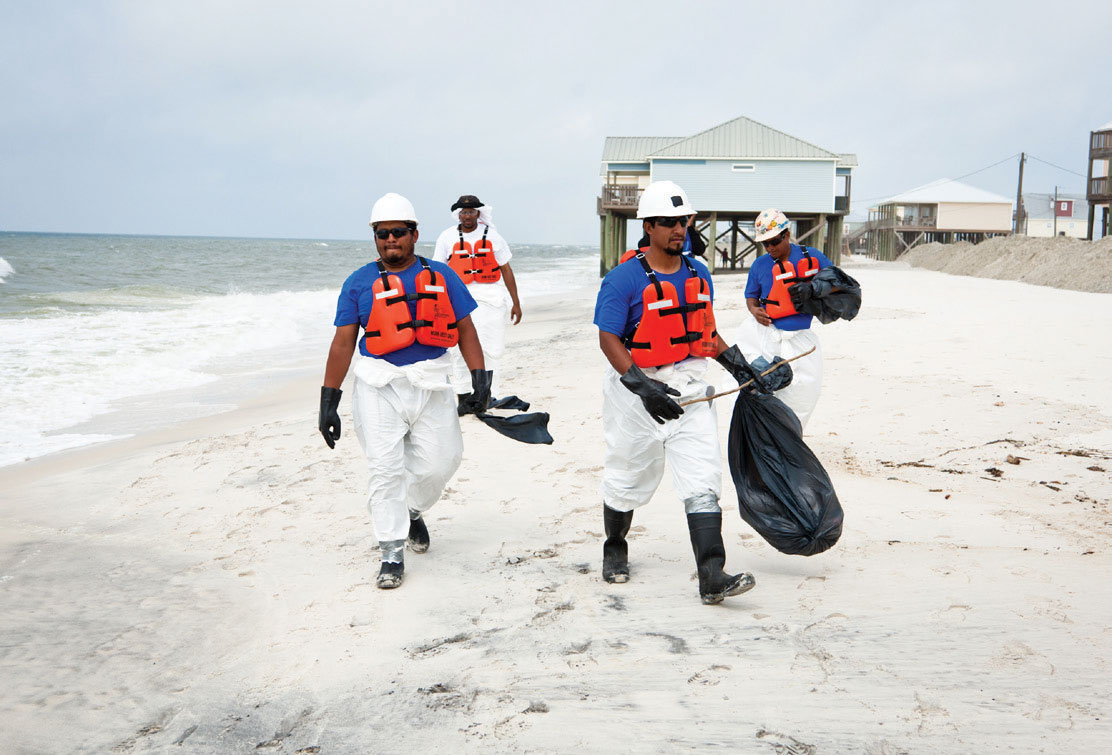 That statistic does not tell anyone if the operation has some other, undermanaged risk factors that are on the verge of resulting in a disaster.